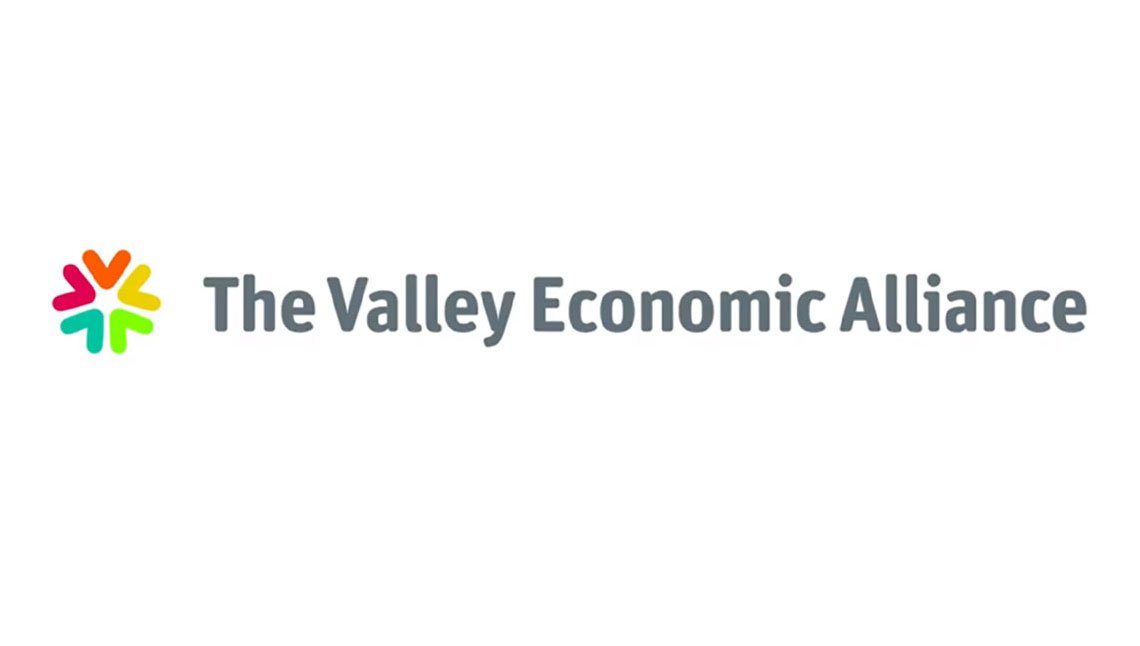 A ribbon cutting ceremony opened doors to over 1,000 veterans from local military bases who returned from active duty to participate in the Honor a Hero – Hire a Vet Job and Resource Fair, hosted by The Valley Economic Alliance in partnership with the California Employment Development Department (EDD) on Thursday, November 10th at the Warner Center Marriott Woodland Hills. Veterans had priority access to 3,200 jobs and 90 employers. Employers took resumes, interviewed candidates, and even hired at the event. The event was then opened to public job seekers.

Patriotic artist David SchwARTZ unveiled his newest painting “Will to Live, Will to Serve,” during the opening ceremony. SchwARTZ is best known for his controversial use of American flags as canvas for his art, and he creates exclusive paintings with unique themes for the job fair each year. This year’s painting honors Corporal Tibor (Ted) Rubin, Holocaust survivor and Medal of Honor recipient. This year’s flag was given to SchwARTZ by the Rubin family.  The flag was originally gifted to Corporal Rubin by Congresswoman Loretta Sanchez during his Medal of Honor recognition by President George W. Bush in 2005.